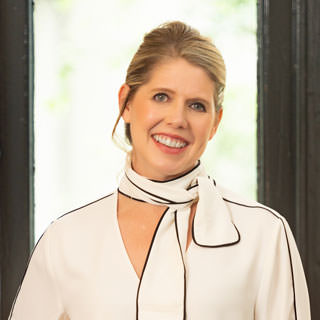 In addition to the tragic loss of lives and financial hardship, the pandemic also resulted in higher divorce rates.

According to October 2020 National Law Review, during the early stages of the Pandemic from March - June 2020, there was a 34% increase in divorce rates compared to 2019. Additionally, a full 20% of couples who had been married for five months or less sought divorce during this time period (compared with only 11% in 2019), illustrating a divorce trend due to the multitude of stresses experienced during the pandemic.

The chart below shows the phases through which a community moves in the wake of trauma. The curve shows increased energy and a sense of community cohesion in the period of time immediately following a disaster—it’s the “We’ll get through this together!” phase of disaster response. After a few weeks, the energy wears off, and disillusionment and depression can set in. During this period, couples may begin to struggle.

Another traumatic outcome that may not be as obvious is how divorce can impact your credit score and financial outlook.

Divorce can bring a substantial hit on your finances if you aren’t careful. As a married couple, when you have merged your money matters together it can be a tricky situation to untangle after the fact. Your names even being linked together on a variety of purchases, credit cards, and loans can be complicated to dissolve.

It can especially tie the two of you together credit-wise until long after the divorce papers are signed and finalized. Keep in mind you still have an individual credit score even if you are married, but how you used your credit jointly as a couple during the marriage can reflect the financial habits that you created together. This is only true for the most part when you have joint accounts opened during the marriage. Here are four ways that divorce can affect your credit score.

1. When an Ex-Spouse Doesn’t Pay Joint Accounts on Time

If you have settled in court who is going to pay which credit card bills after the divorce, it’s important to make sure those debts get paid off on time. This could affect your credit score if those bills are paid late or not at all. The creditors don’t care that you two got a divorce, they just want your debts paid off on time.

In a marriage, if all the credit used was from one spouse then the other spouse might not have a fully utilized credit history or any credit history at all. For example, say you got married pretty young and everything was in your spouse’s name because you stayed home to raise the children, then you might not have fully used your credit. This can cause you to have a pretty low credit score which can prevent you from getting the loans or higher credit limits you could need later on to buy a house or purchase a car. This situation is common when one spouse is the primary keeper of the household finances.

If you are struggling to understand how credit scores and anything debt-related works, start by reading up on the basics from sites such as Investopedia, visit the Consumer Financial Protection Bureau (a U.S. government-based website with helpful consumer tools and resources) or speak to an advisor.

If you separate your joint accounts and your sole income is significantly less than your combined income while married, this could affect your credit score.

4. Not Paying Your Own Bills on Time

The financial impact of divorce can also make you late to pay your own bills when you find that your own solo income doesn’t stretch as far. That can be difficult to get used to at first. Sometimes it means making a total lifestyle change. Making a budget and sticking to it can help you get in the habit of paying your bills on time and planning your new reality post-marriage.

Divorce is an emotional time filled with many important decisions especially financial ones that will affect your future. If you are struggling to figure out the best way to go forward with financial confidence once your marriage is dissolved, BakerAvenue is here for you. Our wealth advisors will be able to guide you through your transition.

The opinions expressed in this commentary are those of the author and may not necessarily reflect those held by Baker Avenue Asset Management LP. This is for general information only and is not intended to provide specific investment advice or recommendations for any individual. All information is believed to be factual and up-to-date as of this writing and is subject to change. Before purchasing any investment, a prospective investor should consult with its own investment, accounting, legal and tax advisers to evaluate independently the risks, consequences and suitability of any investment.

Any suggestion of cause and effect or of the predictability of economic or investment cycles is unintentional. Past performance is never a guarantee of future performance. Baker Avenue Asset Management LP may currently own or have previously owned a specific stock or company referenced, and a list of our past holdings can be found at the SEC website. Click to view full disclosures.